A Closer Look: Details from my Humongous Nimoy Collage! (Gallery)

Well, since my original might be a tad overwhelming, I made made copies of my massive homage and divided it up into eight bite-size pieces so you can see everything a bit better! This way you won’t have to got to the DeviantArt link as much either! Enjoy, and check the list below for images you might have missed! 🙂

Bonus Pop Culture and Silly Details: Spock and Nimoy inspired a LOT of pop culture. See if you can find all of these:

*Thanks to Bobbie for pointing this out 🙂

Leonard graced us with his presence at so many Trek and Sci-Fi conventions over the years.  His joy and compassion are missed, but the smiles and happiness he left behind are forever ❤  Here he is at his final Trek convention in 2011 in Las Vegas- (age 80).  Forever loved and missed.

And speaking of conventions, I had the pleasure of attending two this past month!  I’ll be posting article on them very soon, so stay tuned! -Therese 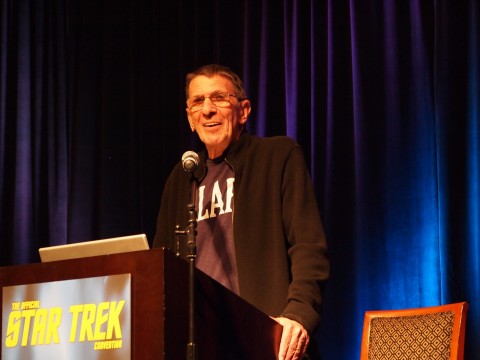 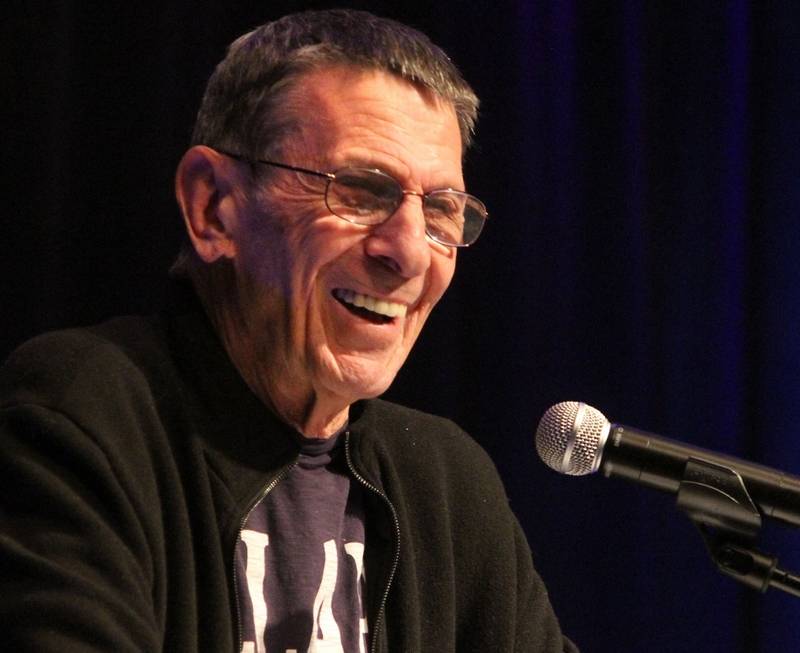 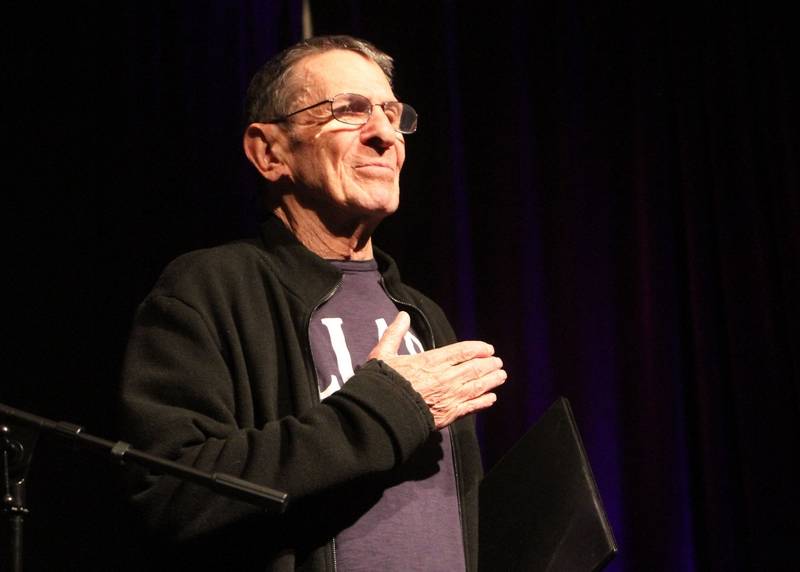 My Weekly Spock: Skyping with Leonard.

Sadly, but understandably,  Mr. Nimoy doesn’t do conventions in person anymore, but isn’t it nice to know that the Trek technology has caught up with reality and now he Skypes!   Who wouldn’t want to Skype with Grandpa Leonard? Here’s some candids of him at recent events, including a shot of him enjoying his doppelganger (and trekkerscrapbook follower) Paul Spock Vegas Forest! (Hey Paul, want to do an interview? 🙂 ) 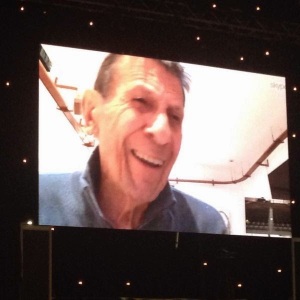 My Weekly Spock: On the Trek set with Joan Wilson

For this week I found a great group of personal photos from Joan Winston, who was the author of The Making of Star Trek Conventions, and the co-author of Star Trek Lives!. Joan was a legendary superfan and Trek fandom was a lot happier because of her!  Enjoy these candids of Joan with Leonard, De, Bill, and Jimmy on the Star Trek set during the filming of Turnabout Intruder! (Funny how flat the sets look without the right lighting!) 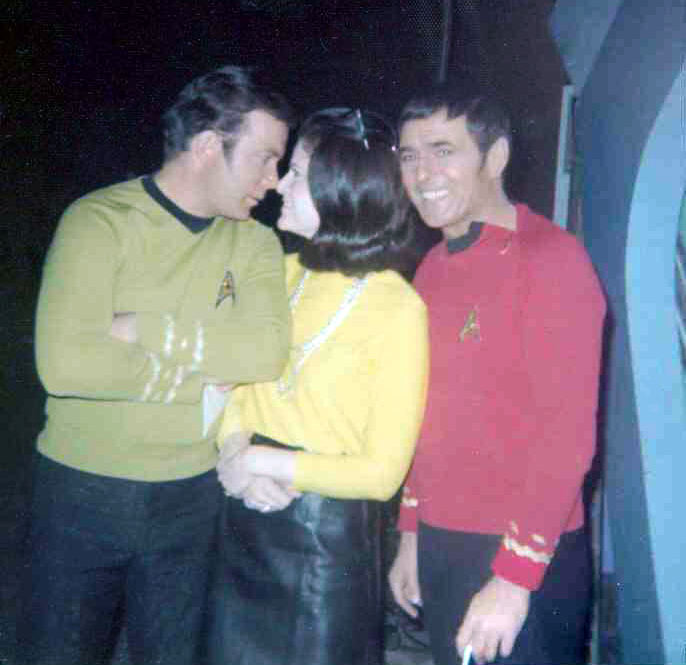 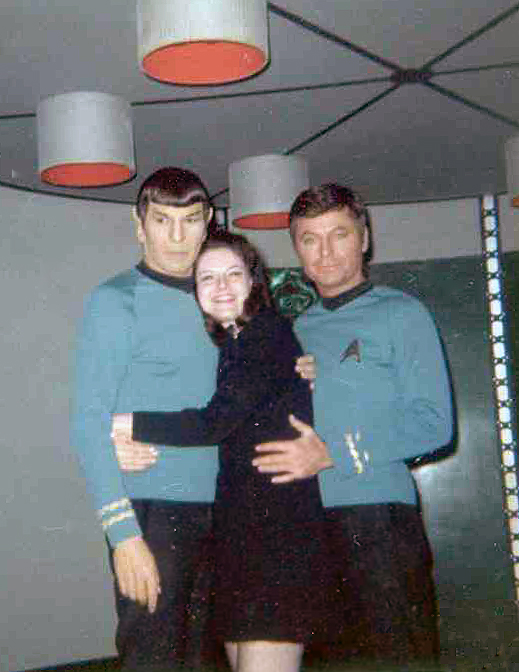 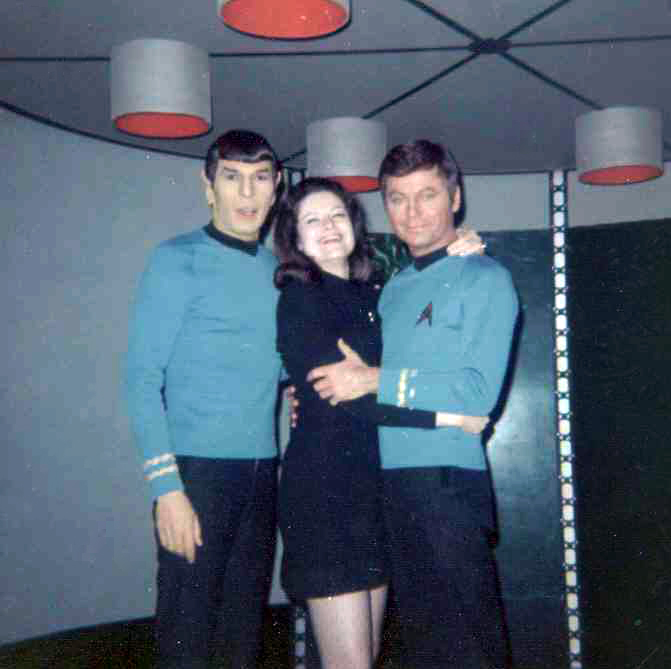 Posted in My Weekly Spock, Uncategorized

The Daily Scrapbook – The last of Media Spotlight, and a super 70’s George!

Hey kids, here’s today’s flashback:  The last few pages of Media Spotlight and a great photo of swinging George Takei in his best 70’s gear!  Good ‘ol George was a regular fixture at the Conventions, always ready with a smile and a pen ready for autographs! George was described in David Gerrold’s World of Star Trek as one of the ‘smilingest’ human beings you were ever likely to meet, and he delivers his million dollar smile here! I love George!  Sadly, this is the last of my Media Spotlight Magazine, and I don’t have any more copies, but if I should come across any in my travels, you’ll see the here!

Here’s today’s blast from the past.  A fascinating piece from the New York Times sent to me by one of my Aunts about rival Star Trek Conventions, all after the Trekkie dollar. (That Trek huckster is really rockin’ the Mirror Spock look) A portion of  a TV Guide article about nostalgia conventions, and a local article about Deforest Kelley being interviewed by WHRW, the local college station.   I remember listening to that radio interview, and recording it with my new, handy, bright yellow Panasonic “Take n’ Tape” Cassette recorder!  I called the station afterwards and chatted a while with the interviewer, Mona Delitsky.  She was wonderful, and thankful that someone was listening.  We chatted about our Star Trek loves for a good 20 minutes.  I vaguely recall meeting her a a later at another Trek event, and I told her about our previous conversation, but she didn’t remember it. No big deal; sometimes I don’t even remember what I ate for breakfast! 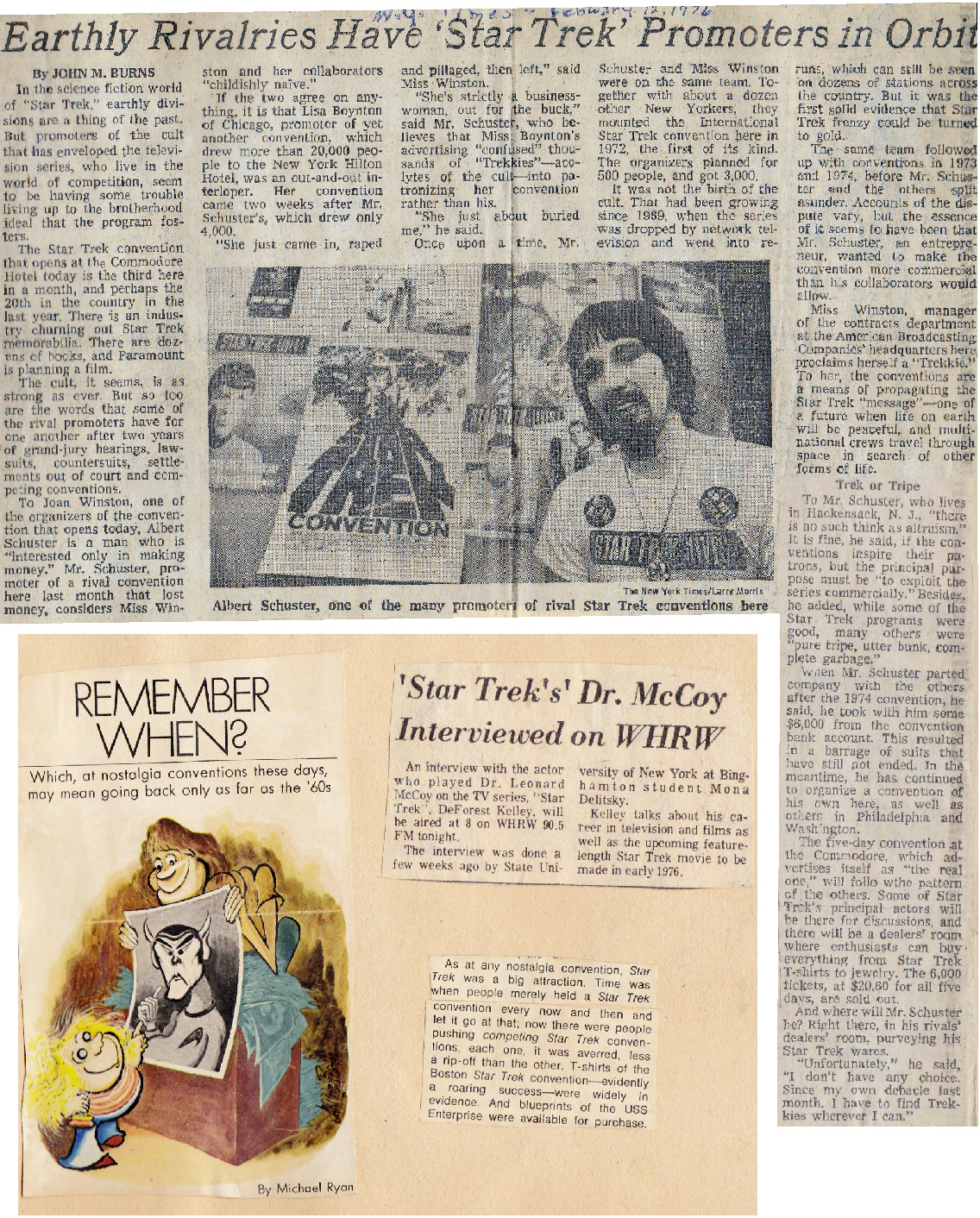