A Closer Look: Details from my Humongous Nimoy Collage! (Gallery)

Well, since my original might be a tad overwhelming, I made made copies of my massive homage and divided it up into eight bite-size pieces so you can see everything a bit better! This way you won’t have to got to the DeviantArt link as much either! Enjoy, and check the list below for images you might have missed! 🙂

Bonus Pop Culture and Silly Details: Spock and Nimoy inspired a LOT of pop culture. See if you can find all of these:

*Thanks to Bobbie for pointing this out 🙂

Two for one! What’s amazing here is that they didn’t tear each other up!  Did you know that Nimoy had his own Pet Shop in 1970?!  It’s true! I’ll post about it soon. 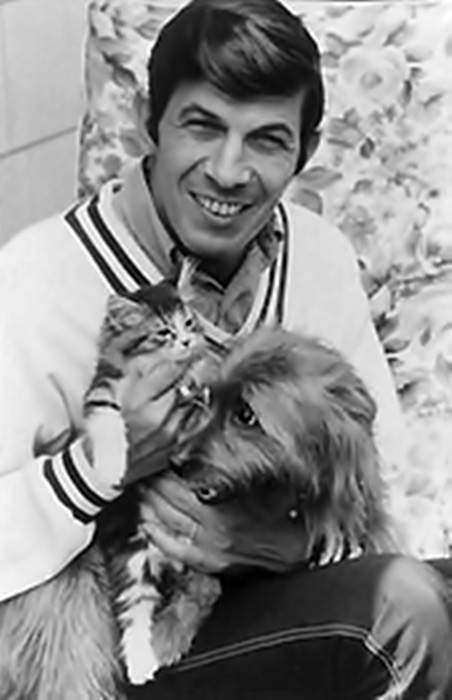 Mr. Nimoy loves pets, so it’s Pet Week! And any man who poses with sweet kittens is okay in my book!

As you’re reading this, I’m in NYC, be back tonight!