Merry Christmas Eve Everyone! Sending you ALL the rest of my silly Trek-Style Dad-Joke Elf on a Shelves for your Holidays, as well as all the ones posted already! (I can’t believe I’ve made 20 of these!) Love you All and Wishing you a very happy, blessed and safe Christmas and New Years! Please let me know which are your favorites! See you in January! Hugs, Stay safe! – Therese xo

Posted in Elf on a Shelf- Trek Style!, Holidays

Hi Everyone, Today is the last day of Hanukkah, and the 5th day of Christmas. Sorry I didn’t get this out sooner, but I was working on my most recent Trek Holiday collage and it took longer than I thought it would be! (Lots of digital cut and paste) I also made a simpler holiday post earlier, with Spock playing his lyre! And of course just yesterday was Nichelle Nichols 87th birthday, and I made a little poster for her too! ❤ . Be sure to scroll down to see all of them! Thank you my readers for checking out my blog now and then. And I send you all blessings for this holiday season, and may 2020 bring you good health, much happiness, blessings, and serenity. Here’s a taste of my Holiday ‘Greatest Hits’ Love you All, Therese xo

Sorry this is a day late, but it is no less sincere!  It took longer than I imagined,   probably from colorizing the uniforms!)   For this celebration, everyone’s a captain! And special halos for our beloveds watching from above ❤

What a dull world it would have been without Star Trek.  Aren’t we lucky? Thanks to all who made and make this dream come true, and may the message of Trek’s human harmony Live Long and Prosper!  Love, Therese xo 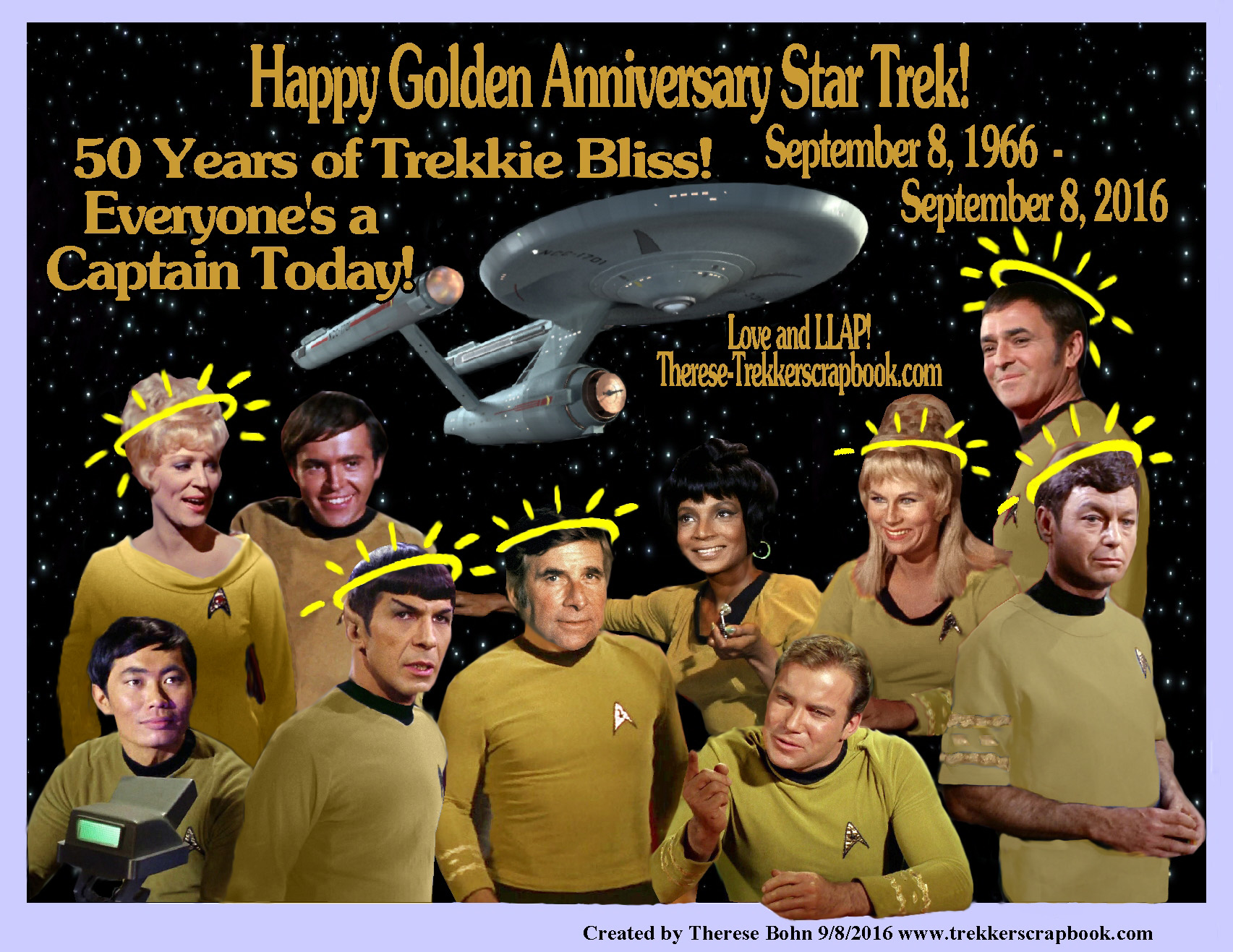 And the band got back together! As the latest Trek movie was released the other week, I thought it would be fun to look back on the first press conference for the movie that started the series way back in March of 1978.  Here’s Leonard and company looking splendid on that happy day.  He looks so genuinely thrilled at this impromptu nearly-10 year reunion! Love that velvet blazer! Bless them All!

My Weekly Spock — Nimoy in ‘The Lieutenant’ (Pt. I)

Here’s your weekly fix; some screencaps of Leonard in “The Lieutenant”, a military series by Gene Roddenberry in 1964.  This episode, In the Highest Tradition, was a stepping stone for Nimoy’s casting in Star Trek.

Nimoy plays an hyper A-Personality director who’s hot to make an action war picture based on the exploits of one of the commanders of the title character.  Sounds great but the commander has a secret shame…

More pics next week, (you won’t want to miss those)  and yes, that IS Majel Barret (Nurse Chapel) as Nimoy’s secretary! 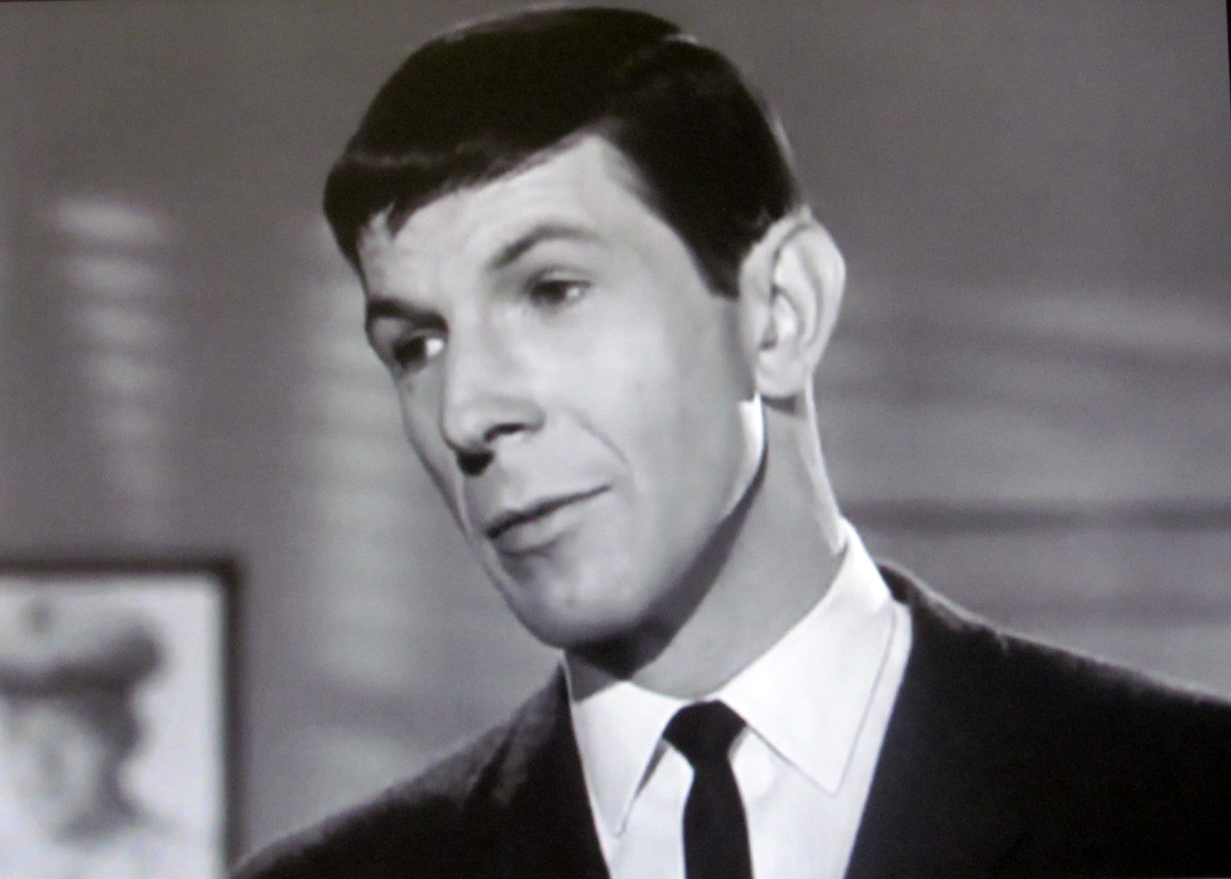 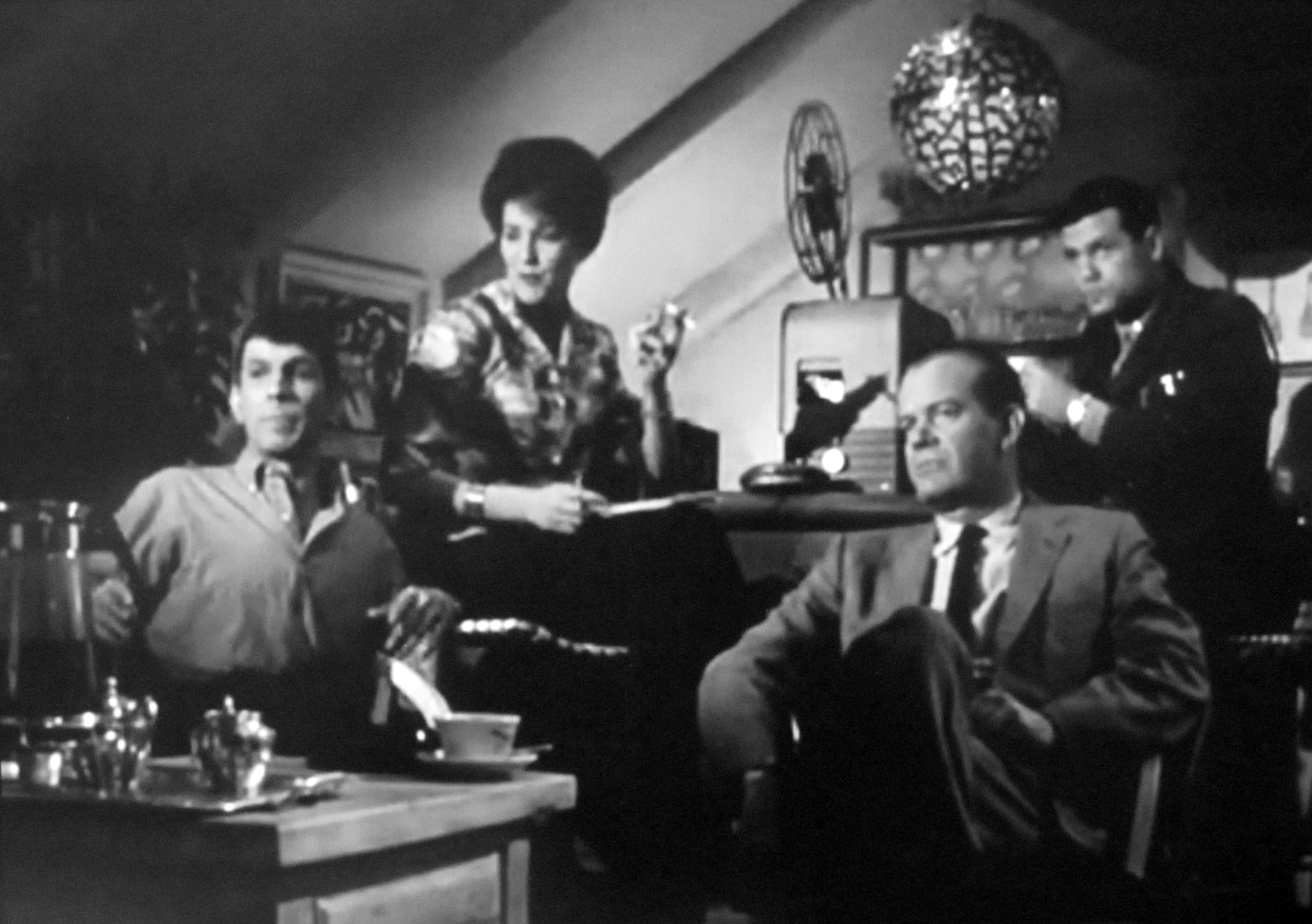 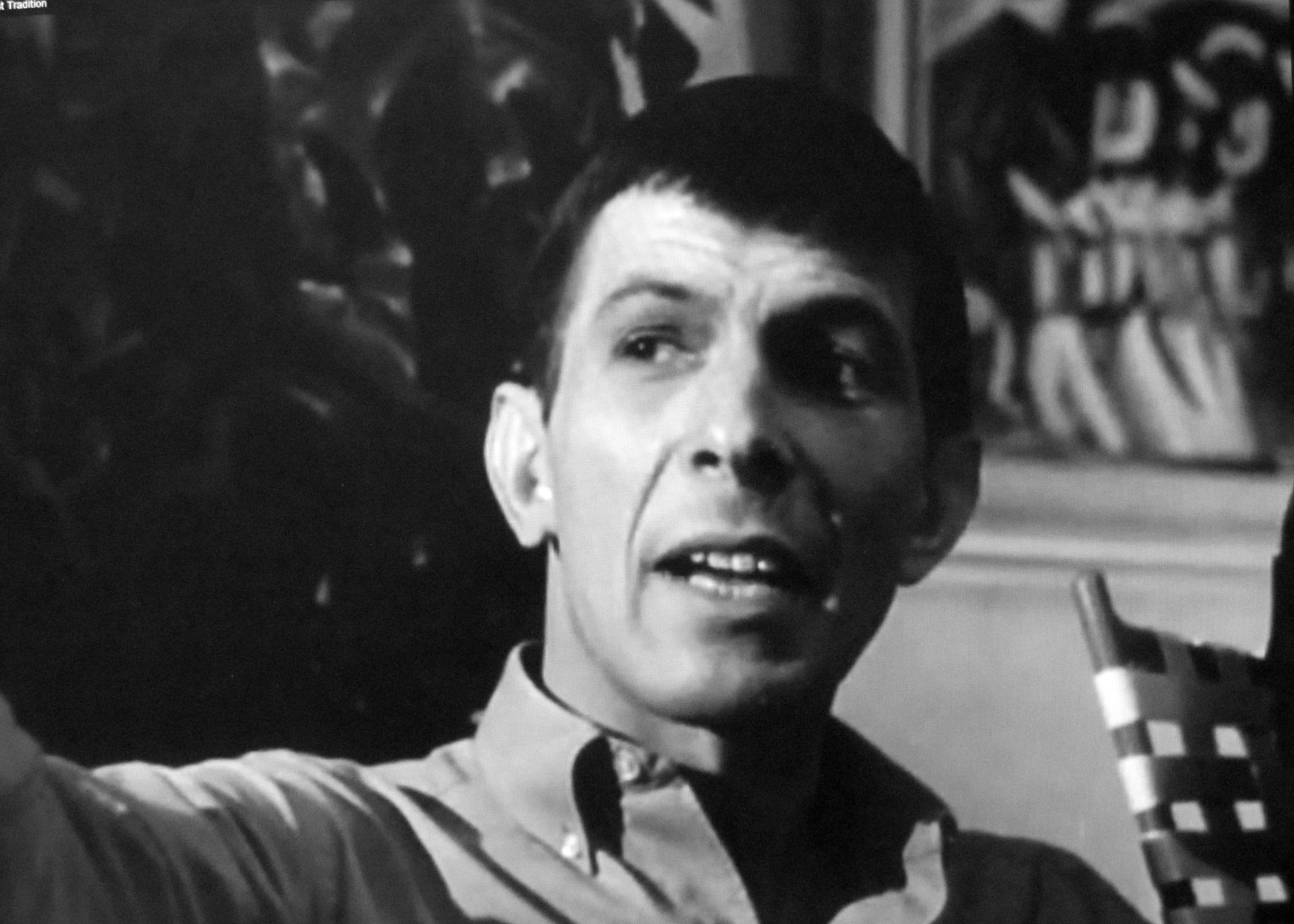 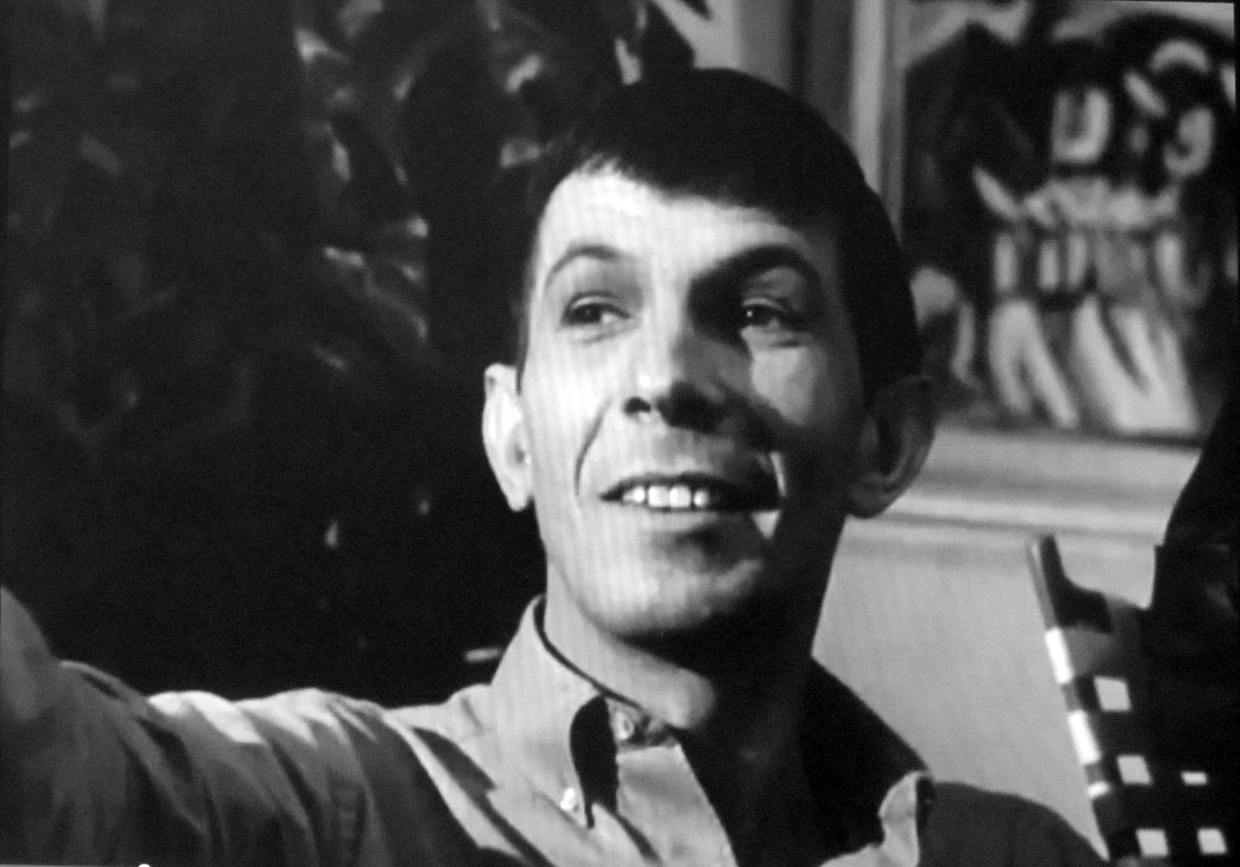 While watching old episodes of Trek, I’ve always thought that Majel Barrett (No. 1, Nurse Christine Chapel) could have been a twin, or at least a sister to the great comic actress Eve Arden.  (Our Miss Brooks, Mildred Pierce, Grease). Both women had similar speech delivery and mannerisms.  Check out any of Ms. Arden’s movies and you’ll see what I mean. With this in mind, I gathered up a bunch of other celebrity lookalikes in the Star Trek Universe.  Let me know if you can think of any more!

Posted in Fun and Silliness, My Star Trek Posters