Here’s today’s flashback:  From Starlog Magazine, August 1979 – the latest progress report on Star Trek: The Motion Picture.  We discover here that Trek had now doubled its original budget of 15 million; mainly because special effects alone were costing 16 million, and that it was Robert Wise who was partially responsible for the look of the horrible bland polyester uniforms in the film, mainly because, as Roddenberry mentions : “…Wise kept to the idea that the uniforms should be utilitarian”  Yuck!   And for heaven’s sake, I hated that De Kelley had to wear such revealing mommy stretch pants in his first scene (with the beard).  Thank goodness the tunics covered the uniform hip-areas!  (By the way, this is the last article from my second Star Trek scrapbook! Volume III starts tomorrow!) 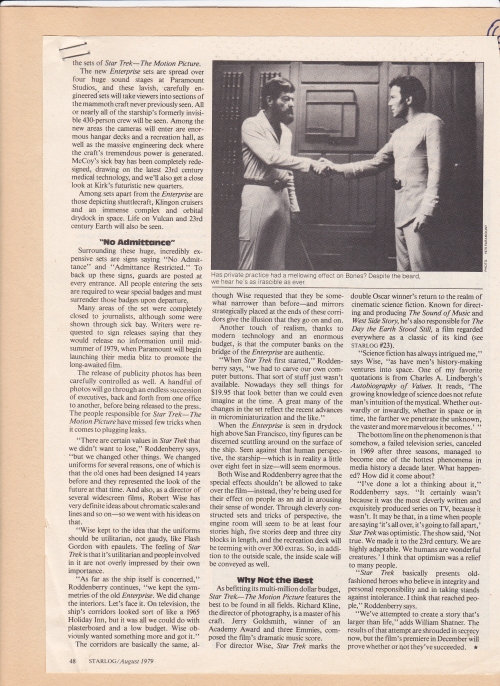