The Daily Scrapbook 4/18/13 (From 1978)Trek Tidbits and a question from Michael Jackson?

A few more tidbits from around the pre-release of ST:TMP. That dramatic photo  of Bill as Captain Kirk got a lot a circulation, even backward (as it was in this post).  Nimoy says he’s more like Spock in ’78 than ’68, and a fan question from a movie magazine to Rona Barrett, gossip columnist to the stars, concerned that the new Trek may not live up to the old.  Rona reassures the reader that everything’s just rosy and encourages him to read the Trek feature in that magazine.  By the way, the questioner’s name is Michael Jackson (could it be THE Michael Jackson?).  Jackson did live in Encino, CA at the time, and was indeed a Star Trek fan, as you can hear here. (around 4:00)  (I’ll post the article Rona refers to tomorrow) 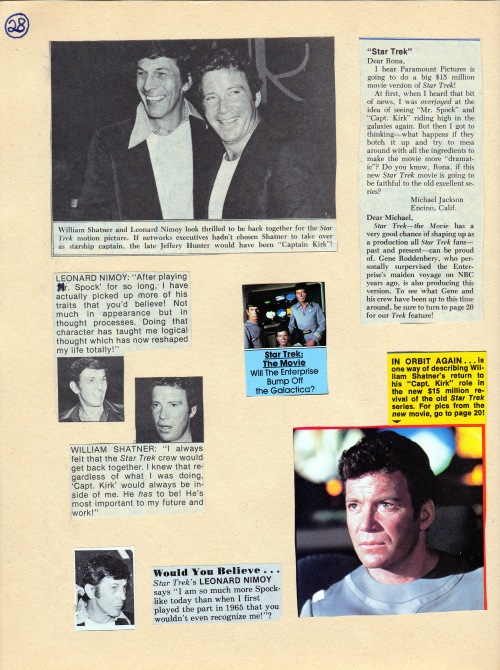 One response to “The Daily Scrapbook 4/18/13 (From 1978)Trek Tidbits and a question from Michael Jackson?”