Look What I Got! Cool Meets Classic: Autographed Pic of Leonard!

What do you get when you cross an iconic TV character with A legendary American car? Only the coolest autographed photo ever!

The other week I just couldn’t resist the offer to buy this autographed photo of Leonard from his internet store LLAP.  This is classic Americana!   A grand shot of Nimoy on the Paramount parking lot posing in his Spock gear with his newly acquired 1963 Buick Riviera Gran Sport!  I bet he loved that car.   I remember a friend of our family had one, and we were in awe of how the headlights had magic shutters that opened and closed at your command!  The license plate reads PDL 257 — I think the PDL stands for “Pretty Darn Logical!”

The photo was one of 50 being offered, freshly signed by Nimoy himself with a silver marker. 🙂   I got a little fan-girly when I got it, suddenly realizing that he had held this picture (insert silly squeal).   It’s a nice little memento and a great picture.  The envelope it came in also included a little printed thank you and a bonus baseball card-sized autographed pic of the famous shot from Amok Time of Spock giving the Vulcan salute. Not sure if that autograph was applied by Nimoy or a machine (it appears to be black marker) but what a nice little bonus! Thanks Mr. Nimoy! 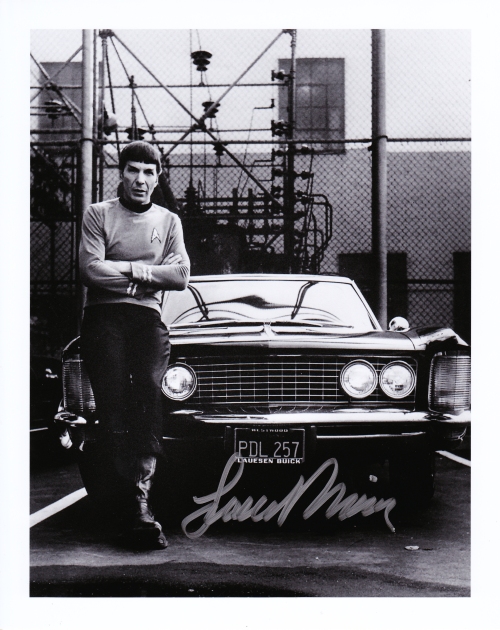 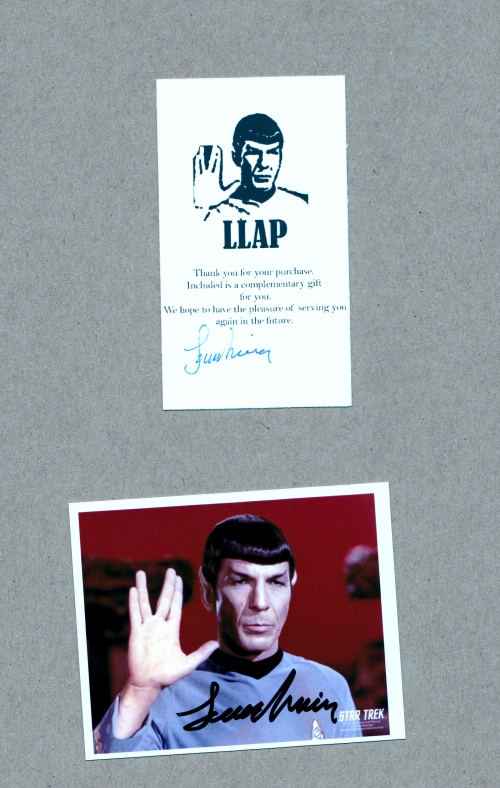 10 responses to “Look What I Got! Cool Meets Classic: Autographed Pic of Leonard!”