Heartbreaking. So sad to think that a man who could scare away so many of our demons with his magnificent humor could not be rid of his own.

A great Photoshop of a patrician Williams by artist Mandrak

On my kitchen windowsill, I keep assorted knick-knacks and glassware.  I’ve had a little blue dancing ‘Genie’ from Aladdin there for many years, and even though he lost his ponytail, I couldn’t bear to toss it because the memory of Williams as that marvelous genie always put a smile on my face.

I’ve loved Robin Williams forever.  True,  I never watched Mork and Mindy*, but I was aware of him through his comedy routines and movies. As the Genie from Aladdin, one could see parallels between that particular character and Robin.  Like the Genie, Robin was always ‘on’; ever trying to please, ever making his masters happy.  Robin succeeded in making so many people happy, and he was so beloved throughout the world.  But generosity often hides pain, and in Robin’s case it was the hell of depression, addiction, and  a bi-polar brain.  Despite this, he kept giving and giving, until he could give no more. But the joy he gave in performing, the sheer effervescence of his genius will live on.     My heart goes out to him and his family, this is going to be rough. There will never be another Robin Williams, our Genie of Joy. 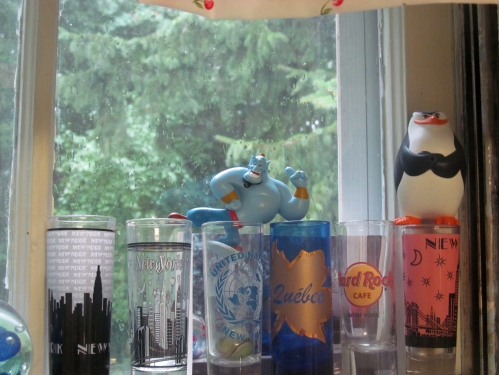 My kitchen window. It rained this morning. Tears from Heaven.

The image below sums it all up.  ‘Genie, You are Free.” Rest in sweet Peace. 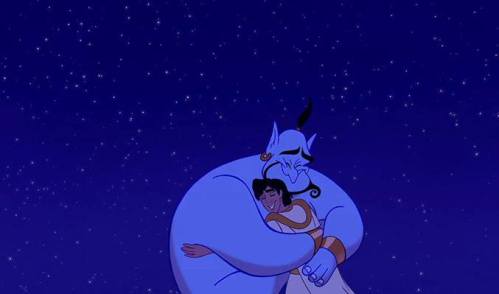 This entry was posted in Obituaries and tagged Robin Williams. Bookmark the permalink.

5 responses to “Robin Williams was Joy”