They got Kirk’s hair right…

Ever since Star Trek premiered in ’66, the merchandisers have been there to get their cut.  Here’s a few examples of some of the more ‘fascinating’ examples of Halloween costumes!  The details are hilariously bizarre – characters always wear their likenesses on their uniforms! Lots of bad color choices in both the costumes and art (although the cover likenesses are pretty good.  I suspect the actors rarely if ever got and percentage of these, don’t know if they’d want it either!  Lots of cheap plastic here; most illogical!

But not the uniform!

Kirk wears pink on his off days; McCoy plays captain, and they both shift their insignias! How about that Yellow Submarine Shuttle?

A real Klingon would probably kill you if he had to wear this! Those masks got smelly after a while.

With extra eye shadow and lipstick for evening wear! 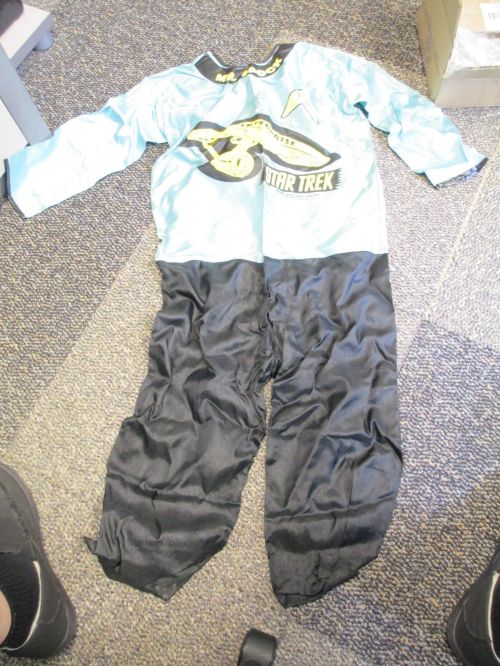 And Spock always wears The Enterprise on his shirt so he can be returned if lost!

Even the Enterprise is yellow!