We all know that Jim Kirk ripped his shirt a zillion times over  three seasons of Star Trek, but Spock was usually neat and refined–until now.  These three trading cards are from 1967, from the Leaf company reveal Spock in a most un-regal, sloppy way, his collar torn open in all three. 🙂  The Star Trek Leaf cards were originally printed in 1967 and reprinted in 1981, so if anyone tries to sell you a set, be sure you check the copy write on it (the newer ones are clearly labeled with 1981) The Leaf cards start out with many standard descriptions of the scenes on the front.    Obviously many of these stills were taken during rehearsals on the Trek set, many  making for the strangest captions and descriptions you’d ever find related the original series, (I’ll showcase some of the really bizarre ones next week).  But for now, these rare shots reveal the secret of the original Trek uniforms;  many of them opened at the neck and off the shoulder seam, and I’m guessing it was a relief to open the tight necks during rehearsals, as Nimoy apparently often did.  All this time I just thought they were pull-overs. Now if only Spock was allowed as many ripped shirt scenes as Kirk! 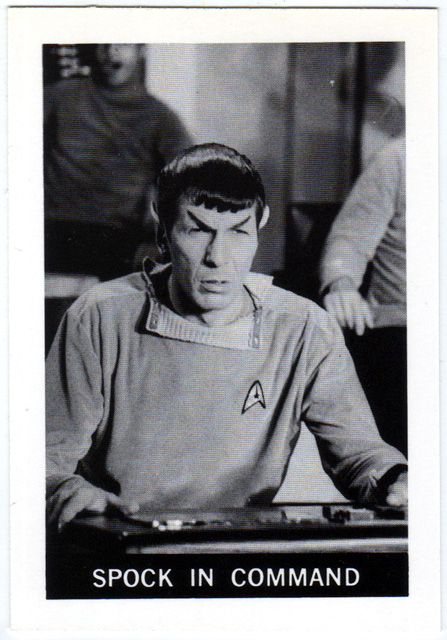 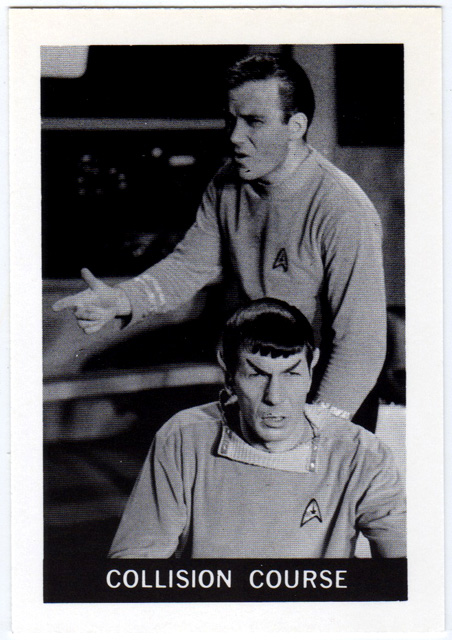 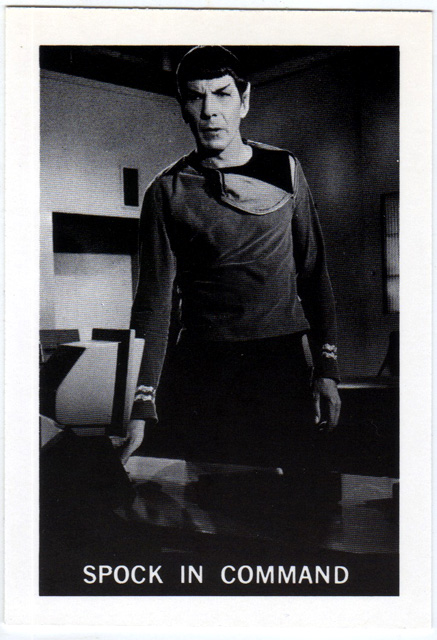 This entry was posted in My Weekly Spock and tagged 1967, Leaf cards, ripped, sloppy, Spock, Uniform. Bookmark the permalink.